Home of the Arensbak Trolls of 5 Arts Studio

About our Trolls and the Family
​

From that first troll that Ken Arensbak made in 1959, on up to our trolls of today,
they are still handmade by the family using natural materials like rope fibers, wood, and other things that Nature provides...
many of these cones, seeds, and nuts coming from the nearby forests of the Great Smoky Mountains.
Our trolls have ranged in size from 3" - 60" tall, and there are many different ones (see some of them below).
We also make Gnomes, Woodland Witches and a few others too:)

Each troll comes with a Troll Handbook that includes:
​
Troll Story
Guide to Field Identification of Trolls
Troll Grooming Guide
Tips for Catching One of Your Own

Here are just a few of our trolls...
​
​
For a quick view of all of our trolls...
One Page Catalog
Where to find a troll of your own
﻿​For those who are wondering....
"how did we ever get started making TROLLS?"

​
​When Ken and Neta Arensbak came to this country from post war Denmark in 1949, they brought
with them scores of adventurous stories involving  Scandinavian Trolls.
They wanted their children to grow up with these legends as well,
but the telling of those tales raised the question...

​
Ken was a talented artist who loved to draw and paint (to see some of his art click HERE), but he also had a great imagination.
He could take everyday things that are often found around us, and then create something new out of them.
So to bring his stories to life, Ken gathered up some of these materials and made them a troll!
​And here is that first troll from 1959... 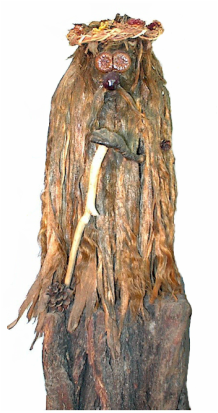 Ken's first troll
​When friends and neighbors who had enjoyed the stories,
wanted ones of their own, Ken was able to make a few of his trolls to give as presents.
Those first trolls were called Ken Trolls, and they looked like this... 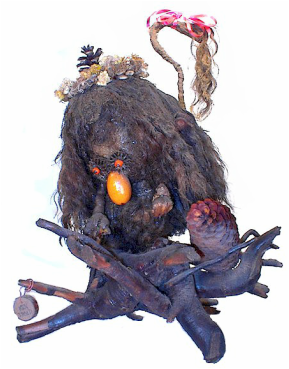 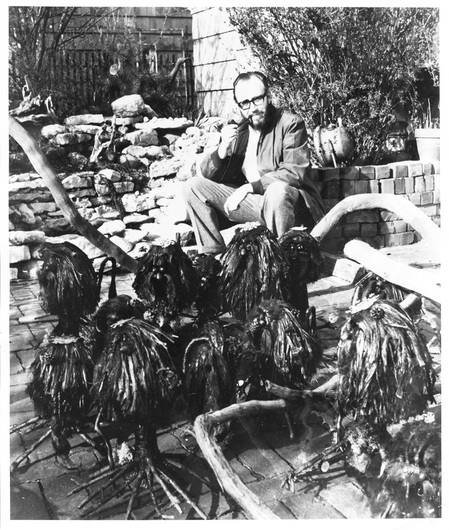 Ken Arensbak with a group of the early trolls
​When a gift shop in Gatlinburg, Tennessee found out about these unique trolls, they wanted some too...
but they wanted these to sell to their customers!
So Neta and the kids made up a small group of trolls using Ken's design.
​In the spring of 1969, they drove to Gatlinburg to make the delivery.
​
Falling in love with the beauty of the area, they started exploring and came across a mountain top that was for sale
not far away in the small community of Cosby. Being right next to the Great Smoky Mountains National Park,
it had a great view and inspired the artist in Ken. On the way home they decided to buy the property and Ken
made plans to build a studio where he could paint full time and the family could maybe make a few trolls
​ if the shop did well with them.
A studio home was built in 1971 and they moved in that year.
While Ken planned to devote his time to painting, the trolls had other plans:)

Local newspaper article about the family, trollmaking, and their move to Tennessee
​The trolls were starting to become popular and the demand for them was keeping the family busy.
And in his spare time, Ken began creating his amazing troll drawings. 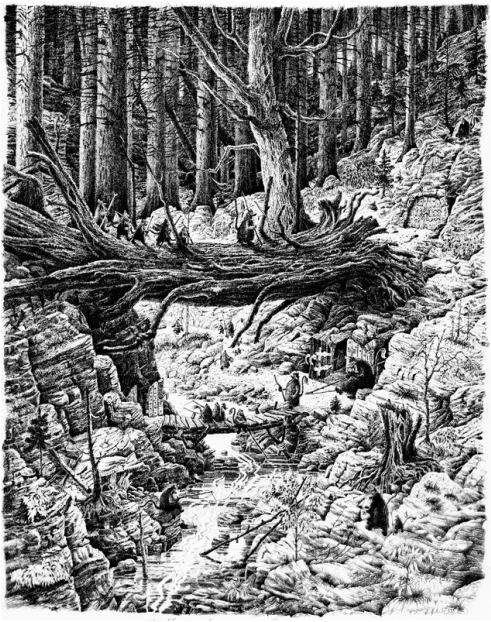 Ken Arensbak's drawing "Troll Enclave in the Mountains"
​They soon found themselves in the troll making business, naming it 5 Arts Studio (for the original 5 family members).
​The family grew along with the business and the studio has now become a real "troll house". 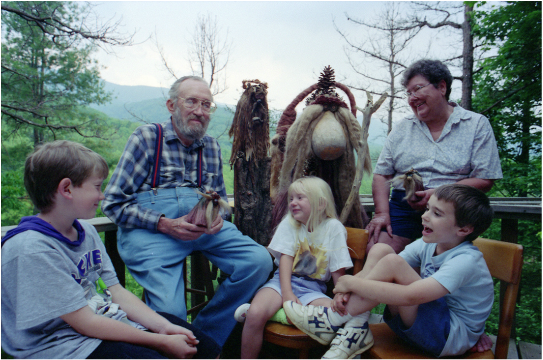 Ken and Neta telling troll stories to their grandkids...and to a few trolls too:)
​And now over 60 years later, the family is still making their Trolls the same way
and adding new ones to the collection in the hope
that you will enjoy them too!